Getting Old and Forgetting Things.

Guy Collier completed his PhD research with Good Health Design as part of a web design project called ‘Living Well with Mild Cognitive Impairment (MCI)’. The project was funded by Brain Research New Zealand and carried out in collaboration with the Centre for Person Centred Research at AUT. It aimed to develop an online resource for older adults with MCI – a diagnosis that describes the intermediate stage between ‘normal’ age-related decline and dementia. Working as part of an interdisciplinary team to develop the resource, Guy's research attempted to bring design and anthropology together in a way that would promote critical reflection on the historical, social, and cultural aspects of MCI as a new medical reality. His thesis 'Getting Old and Forgetting Things: Design Anthropology and the Medicalisation of Ageing' tackles the problem of medicalisation in society, and raises this as a potential issue for the emerging field of design for health. 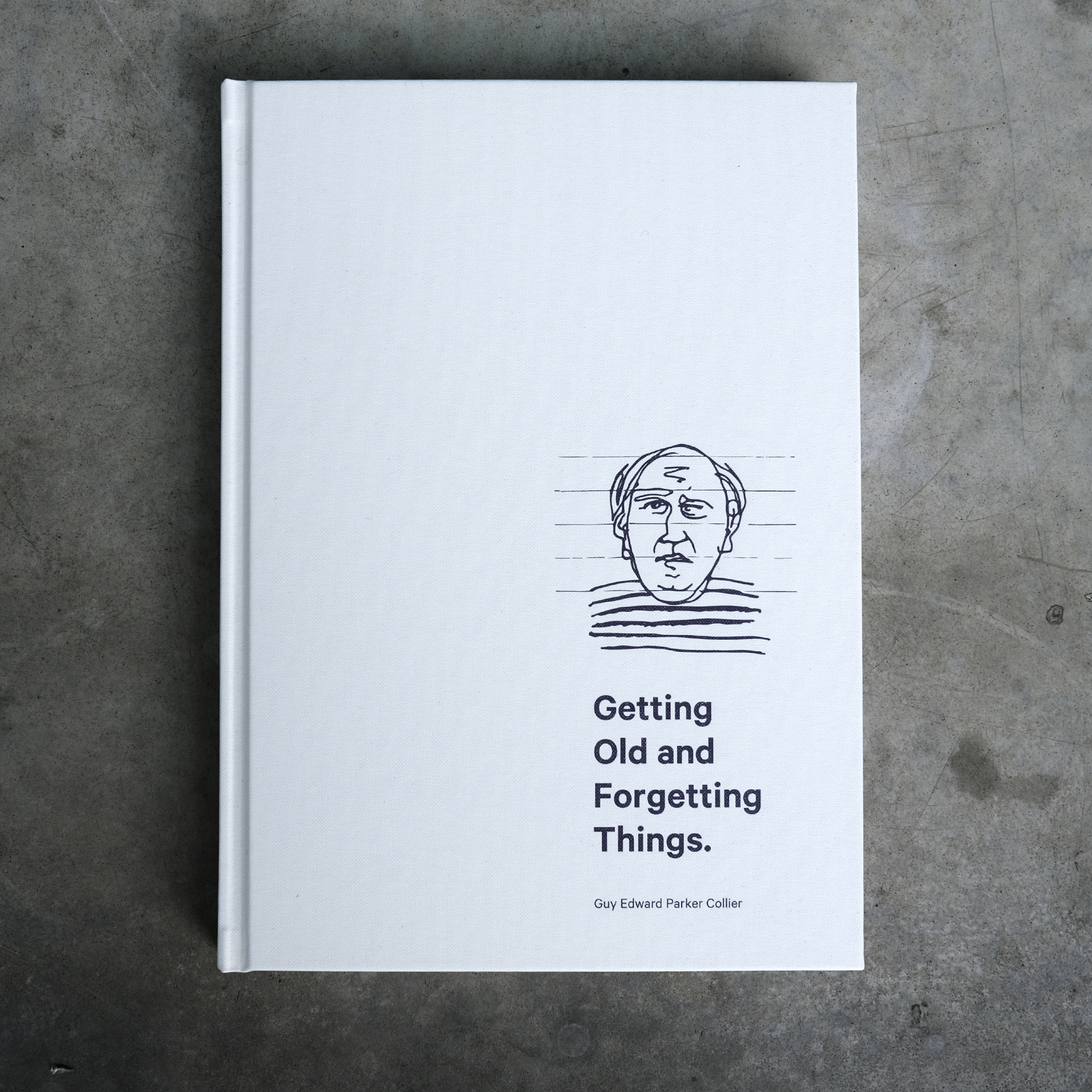 In 2015, Guy was employed as a researcher on a web design project called 'Living Well with Mild Cognitive Impairment (MCI)', and carried out his PhD as part of this. With a background in medical anthropology, he wanted to examine some of the ideas and assumptions that underpin conventional Western medicine, and how they might shape design for health practices. He was particularly interested in the diagnosis at the centre the project, and the ways in which project stakeholders and collaborators seemed to take MCI as a 'given'.

From an anthropological perspective, however, a diagnosis is not a fixed, universal description of a real illness ‘out there’ in nature, but a cultural expression of what a society believes should be treated. Using this idea as a starting point, Guy decided to explore how MCI had been constructed as a matter of concern for individuals and society, as well as the social and ethical implications of designing a website around it. He saw an opportunity to bring anthropological theories and methods into this project, and integrate them with design processes in real-time to generate new ideas and possibilities.

He noted that MCI was a relatively new and controversial diagnosis. It was first proposed as a concept in the medical literature in 1988, but only became an official diagnosis in 2004. Its clinical status, utility, and relationship to dementia are still intensely debated in both research and clinical settings.

While the search for ‘biomarkers’ is ongoing, MCI has no biological basis in the body and cannot be diagnosed definitively. Diagnosis relies on symptom checklists, patient histories, neuropsychological assessments, and subjective clinical judgement. 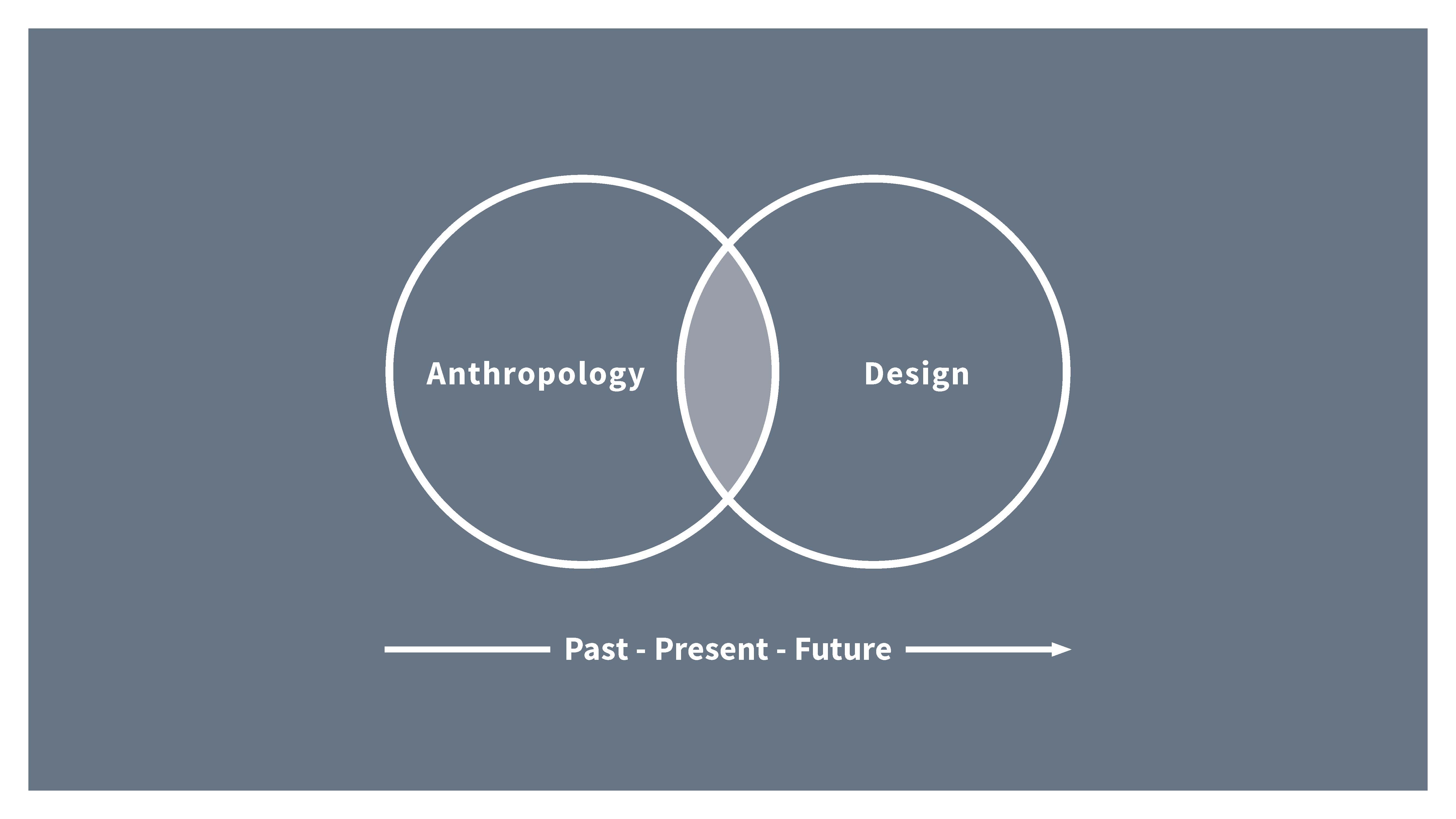 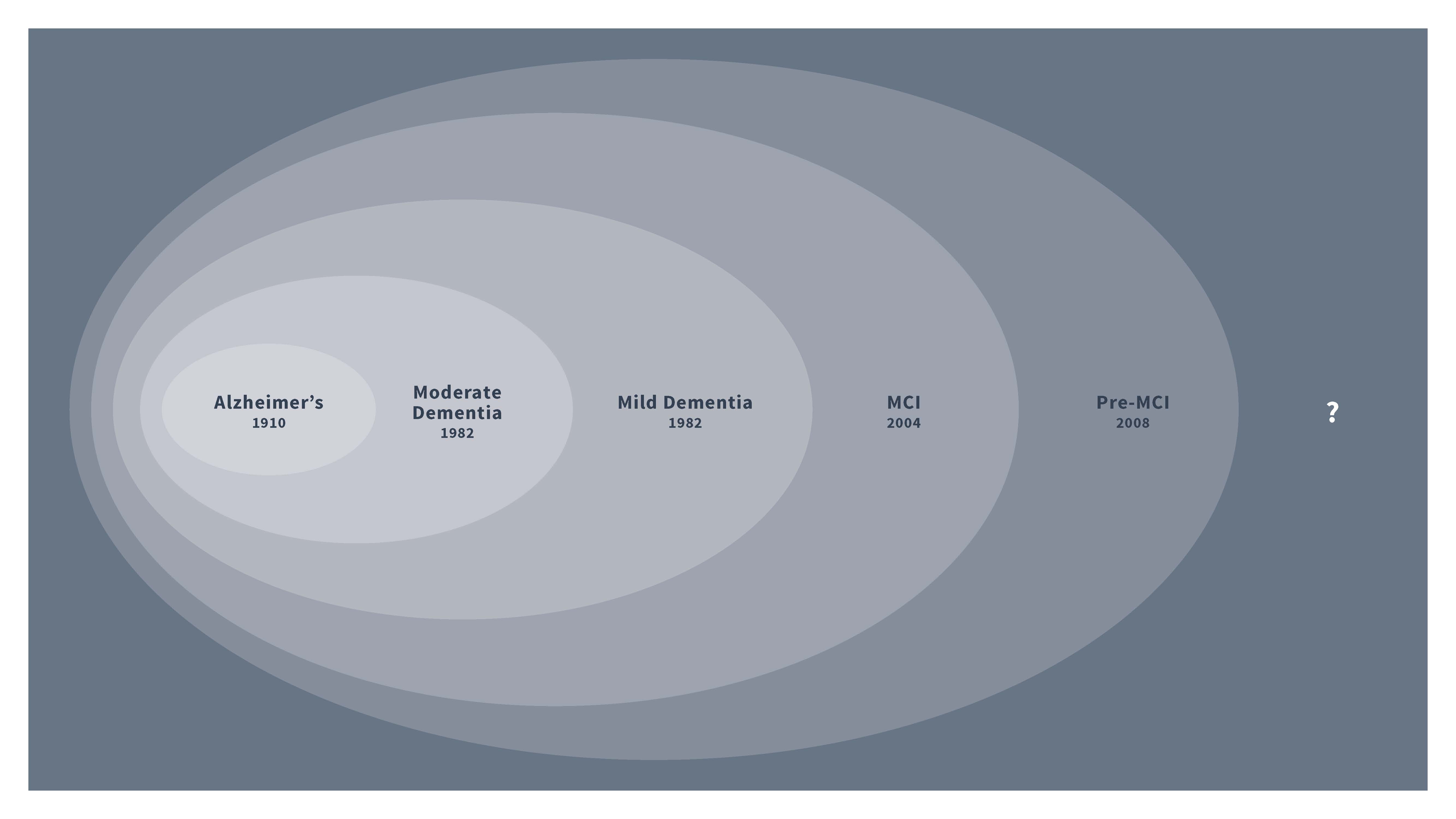 Guy saw the MCI concept as part of a broader process of medicalisation in society. Medicalisation is a term used by anthropologists to describe the process by which ordinary human problems and experiences—such as anxiety, addiction, depression, and so on—come to be defined and treated as medical conditions.

Medicalisation is closely linked with other issues in contemporary society, such as unnecessarily diagnosing and labelling people who are ‘at risk’ but do not have any symptoms, or overprescribing pharmaceutical drugs to treat them. For these reasons, he thought ‘critical reflection’ on MCI should be an integral part of the design process.

As the design researcher on the project, Guy engaged with dozens of end users – a combination of those with a formal diagnosis of MCI, people with subjective memory complaints, as well as significant others and whānau.

Working with a UX designer, one of his jobs was to generate insights into their needs, experiences, and preferences. However, as an anthropologist undertaking his PhD, he wanted to dig a bit deeper to promote critical reflection on the project. 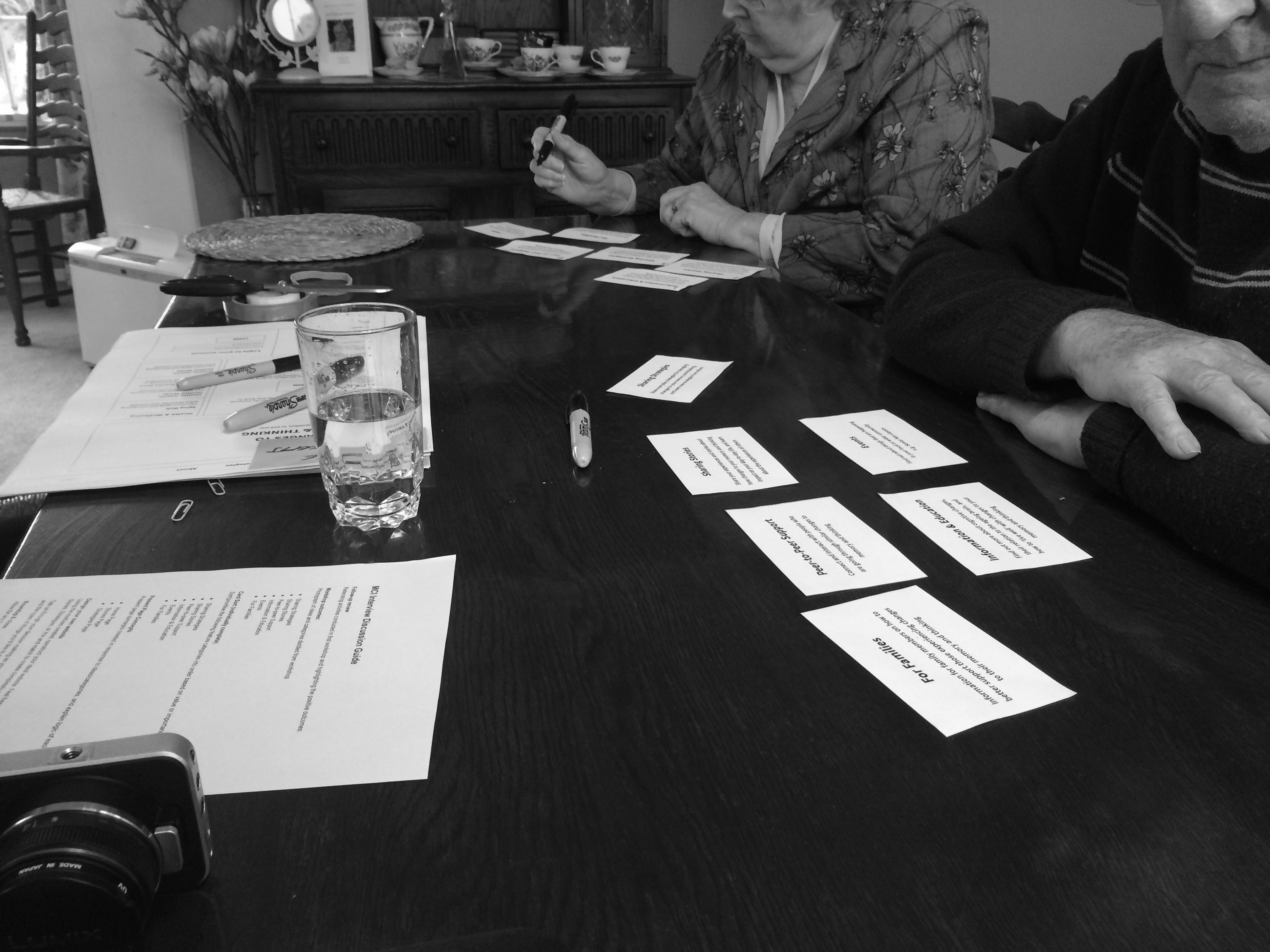 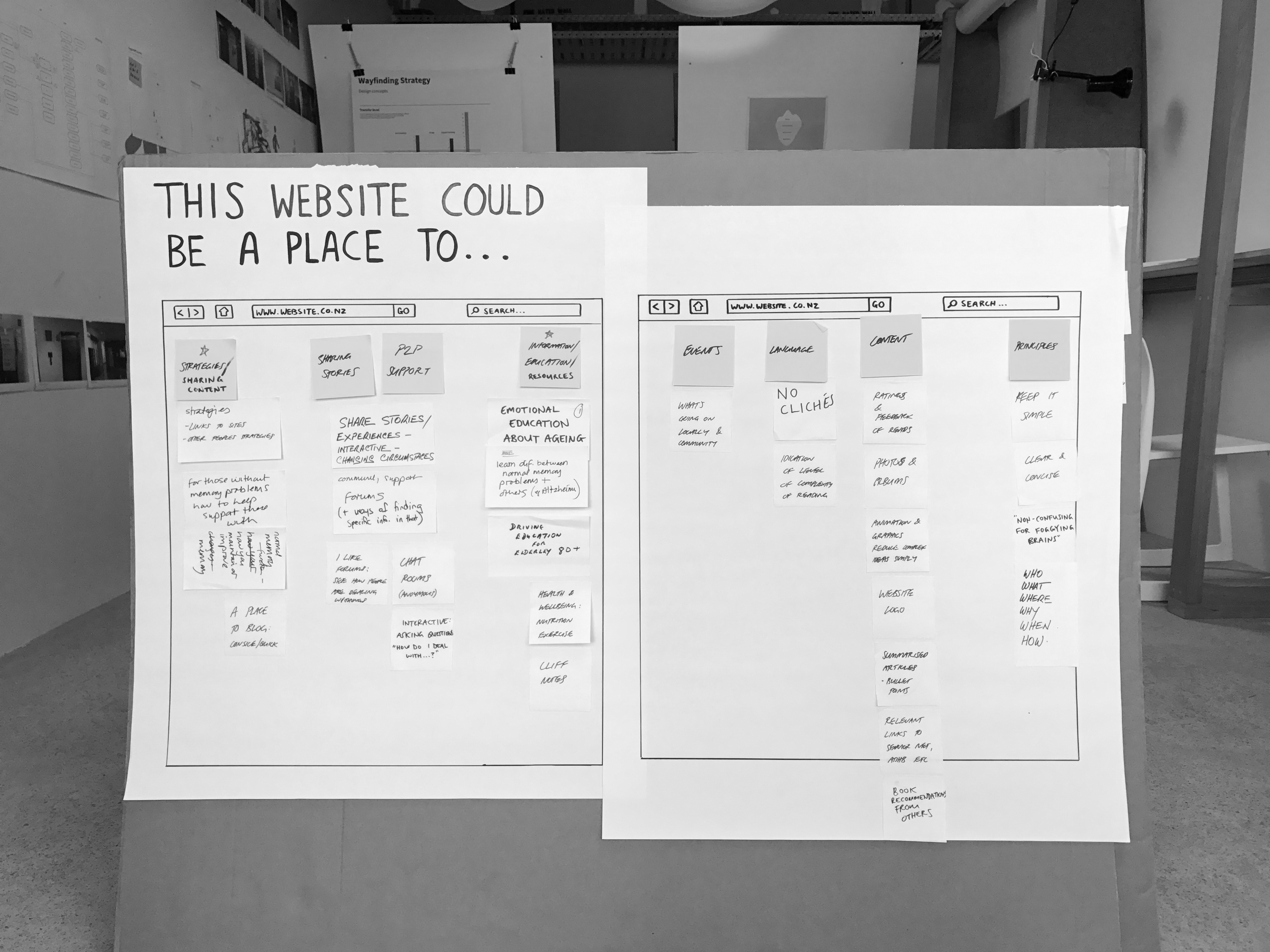 To build critical reflection into the project, he carried out an ethnographic study of MCI to help inform the design process. As part of his ethnographic fieldwork, he spent time with neuropsychologists in memory clinics and brain imaging specialists in dementia research laboratories, talking with them about some of the key debates and complexities surrounding the MCI concept.

He started exploring some of the ways in which MCI overlapped with historical developments in neuroscience and pharmacology, dementia research, geriatric care, discourses of successful ageing, and cultural anxieties about ageing and cognitive decline. He started to observe the ways in which these forces helped construct MCI as both a clinical entity and a 'design problem'.

His ethnographic data then formed the basis of critical reflection on the design project. He worked closely with a UX designer to unpack the data, sharing insights with others on the design team to help inform decision-making.

He also took part in day-to-day design activities, such as co-design workshops and idea generation sessions, as well as developing and testing design concepts. 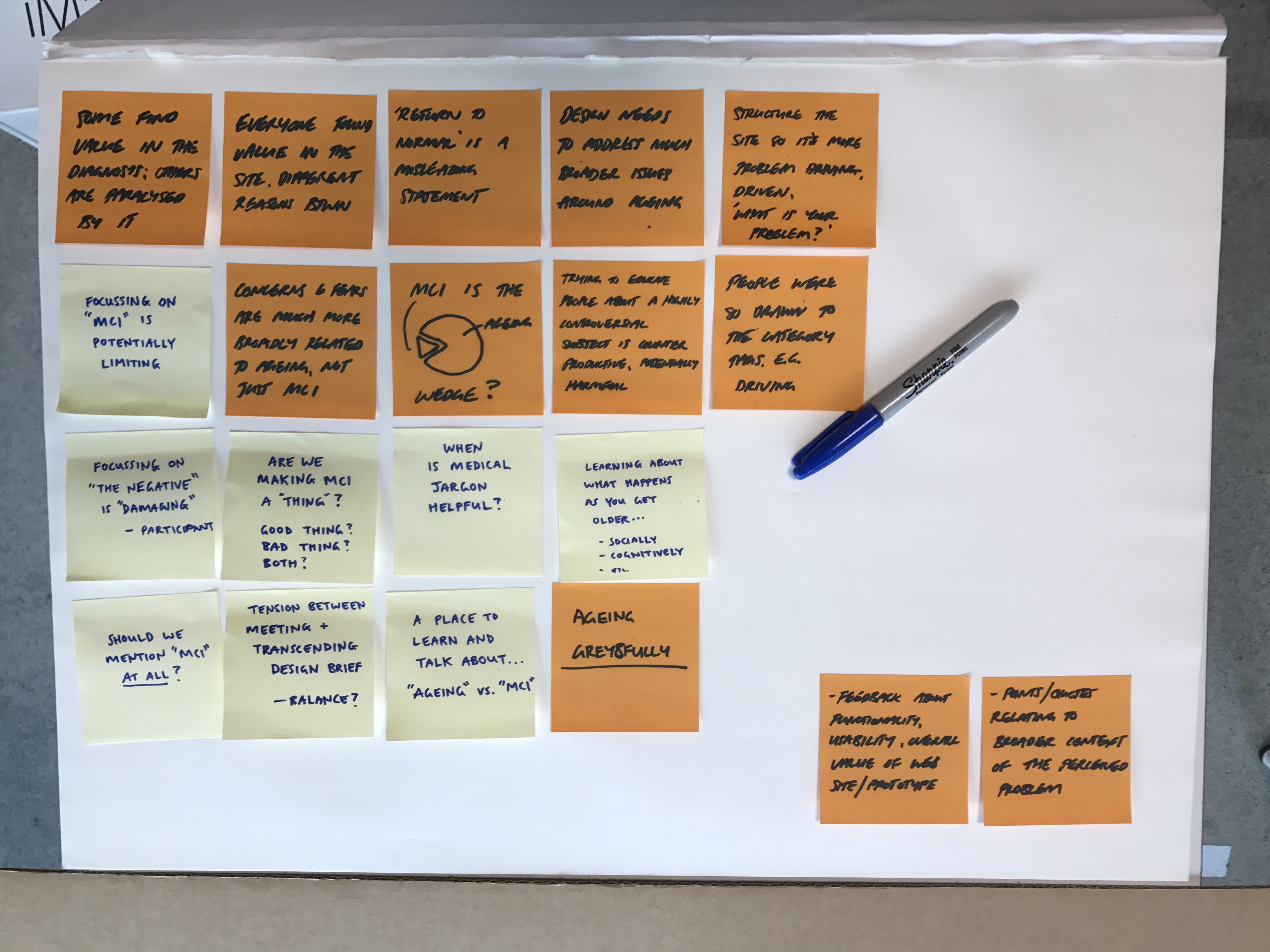 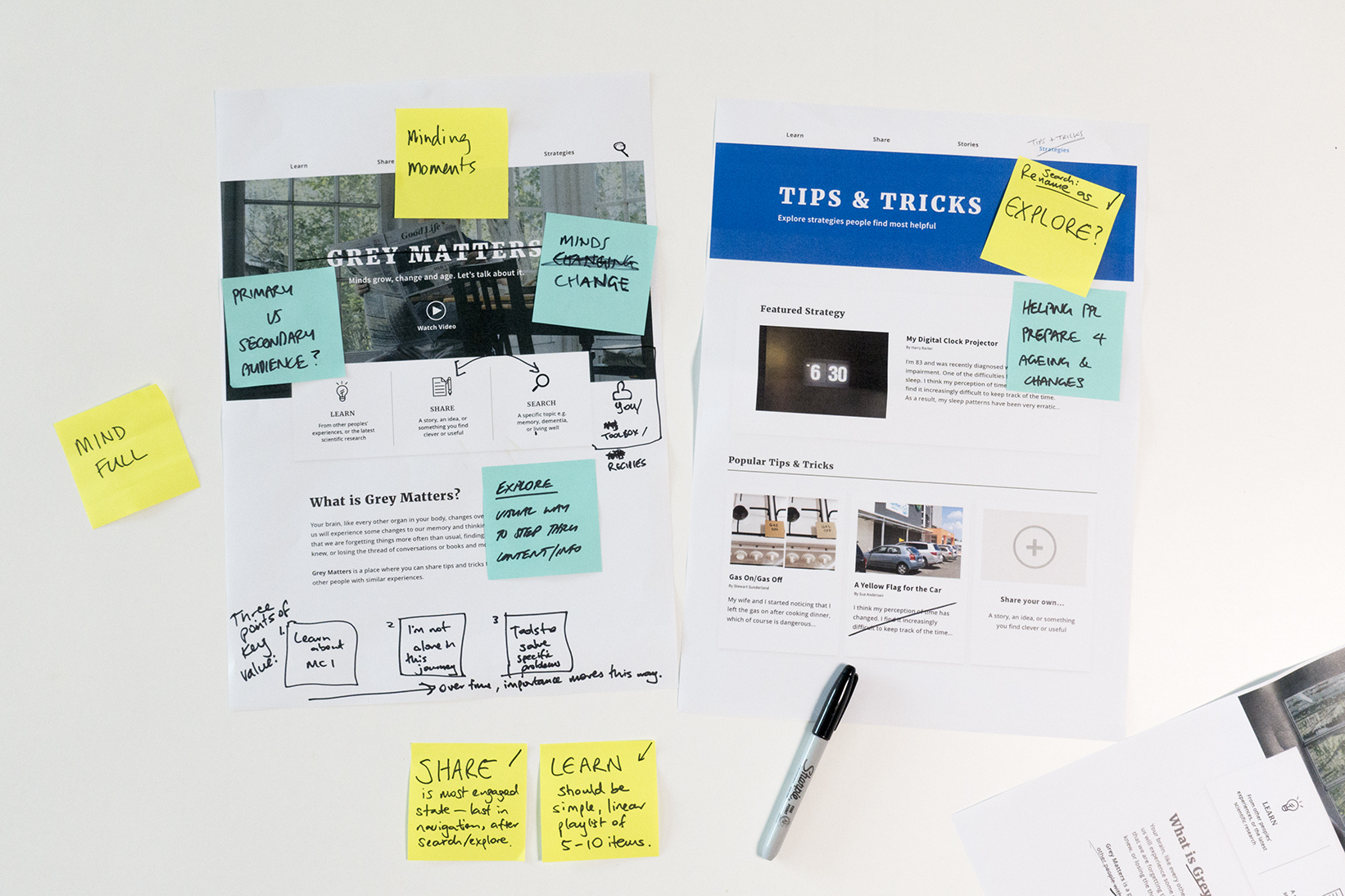 Despite evidence that the MCI concept has redefined ‘normal’ ageing and expanded the conceptual boundaries of dementia, researchers and clinicians believed that the distinction between normal ageing and MCI was natural, and could be clearly identified in the brain.

In contrast to this perspective, Guy’s research highlighted that MCI was culturally specific – produced within the specific cultural context of Western biomedicine, with its inherently medicalising view of the ageing process, and emphasis on measuring norms and functionality. He advocated for other cultural possibilities, including Māori and other indigenous perspectives on ageing in which wisdom and growth, rather than decline and deterioration, are emphasised.

People diagnosed withMCI were neither here nor there; they lived between one socially defined state and another, a liminal space in which they were neither ‘normal’ nor ‘demented’. He explored how people navigated this deep uncertainty, and what existing resources they drew on to make sense of it. Some did not know they had been diagnosed, while others didn’t know what their diagnosis meant or how significant it was. Others believed that MCI meant ‘dementia’, and were now coming to terms with this new reality. 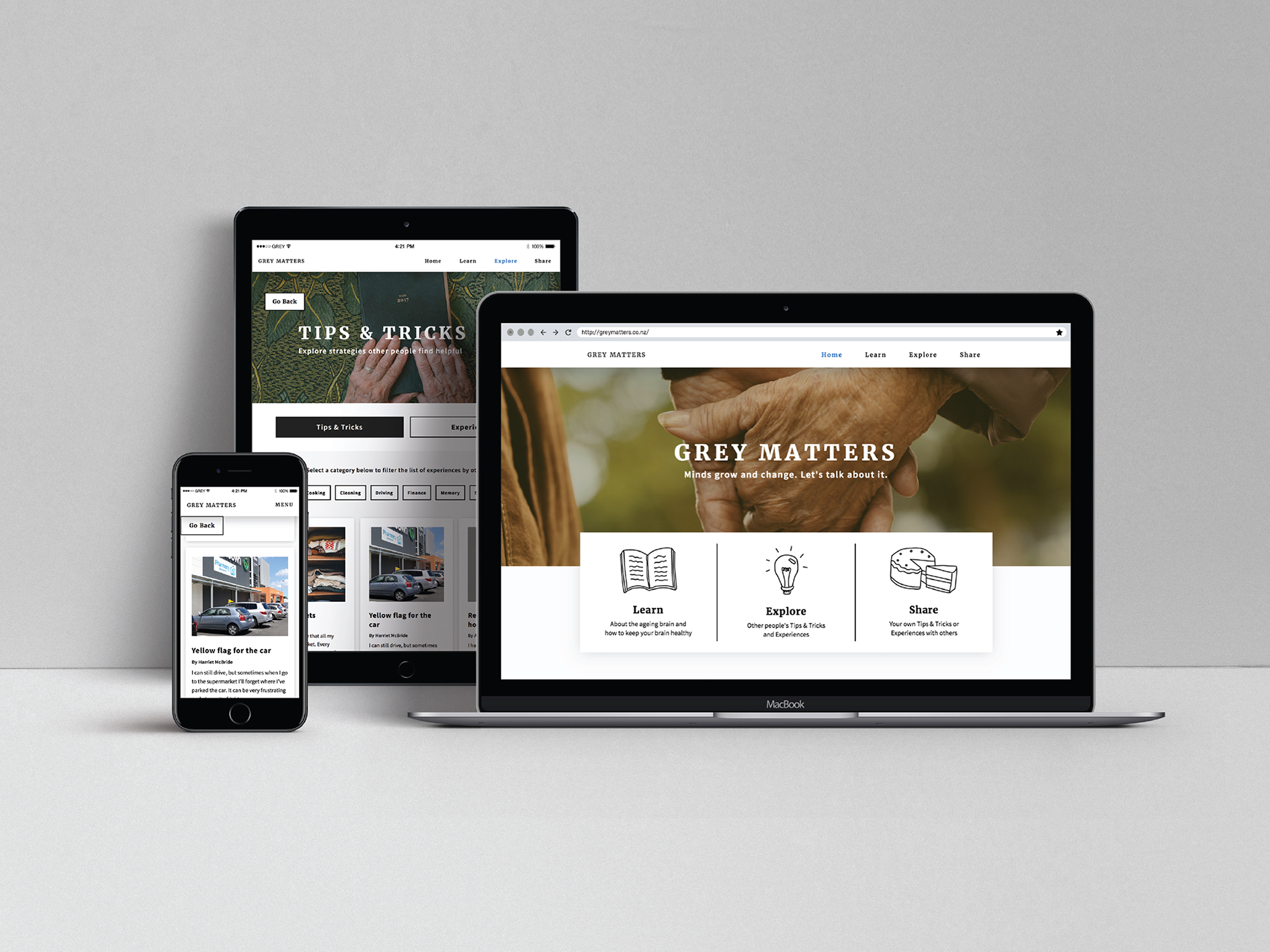 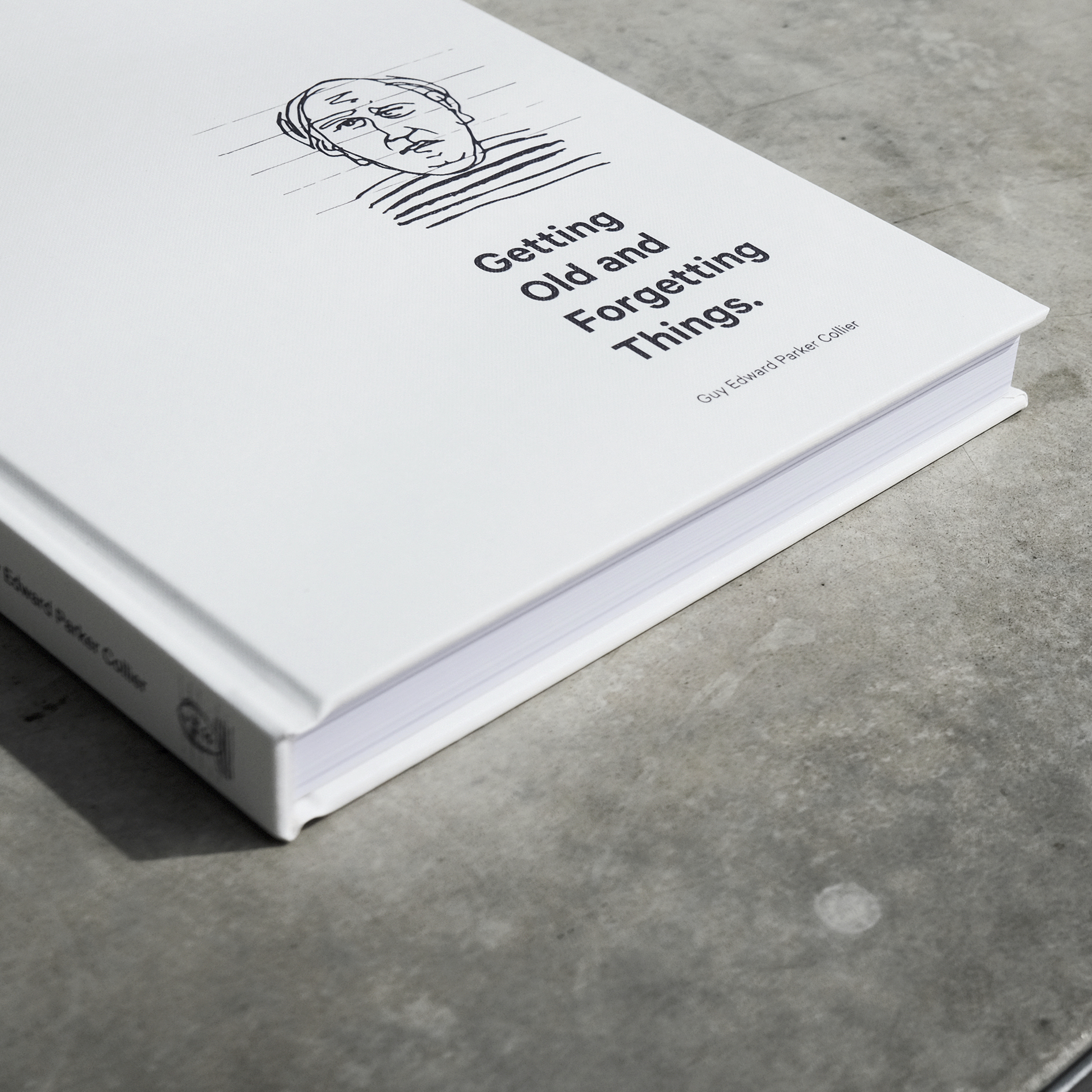 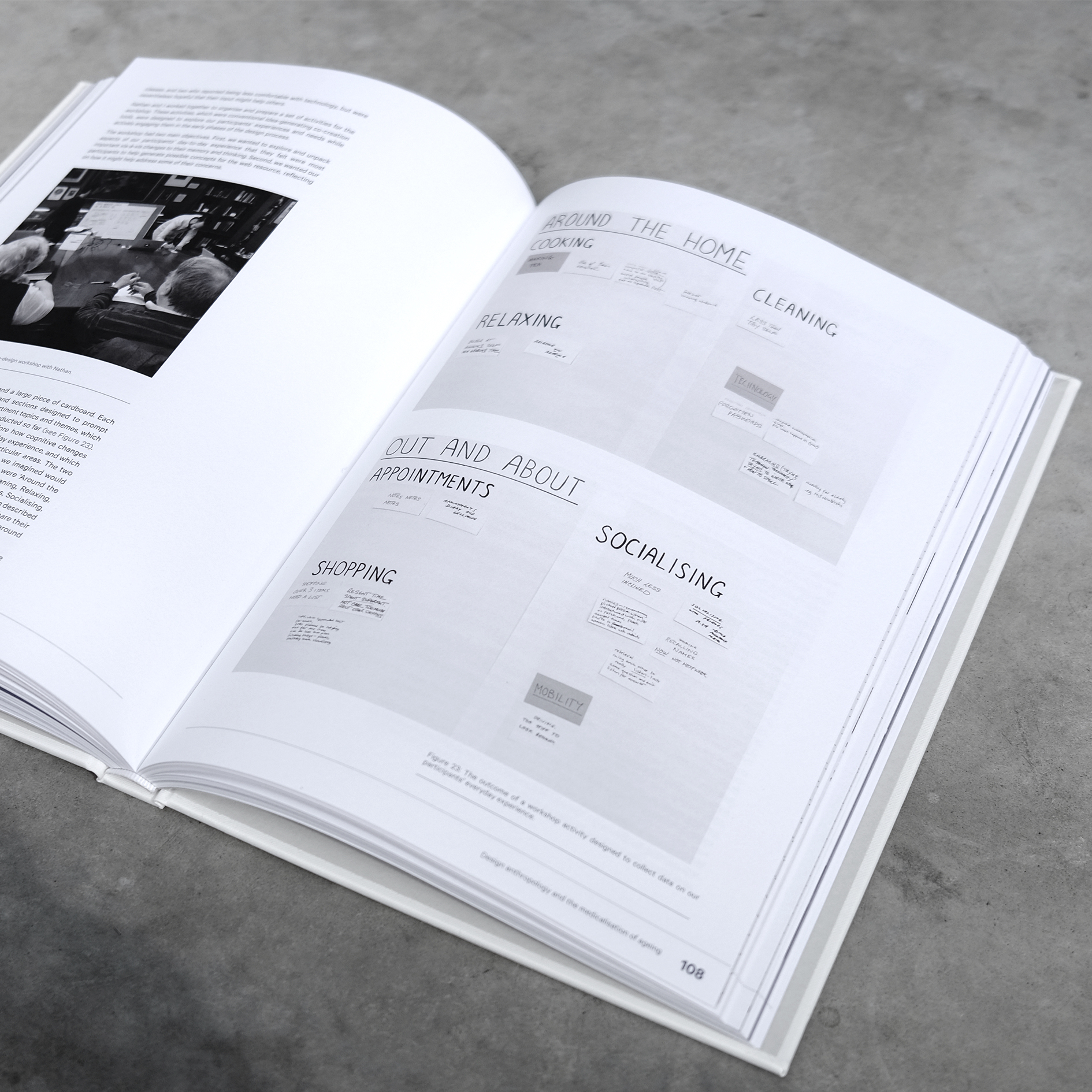 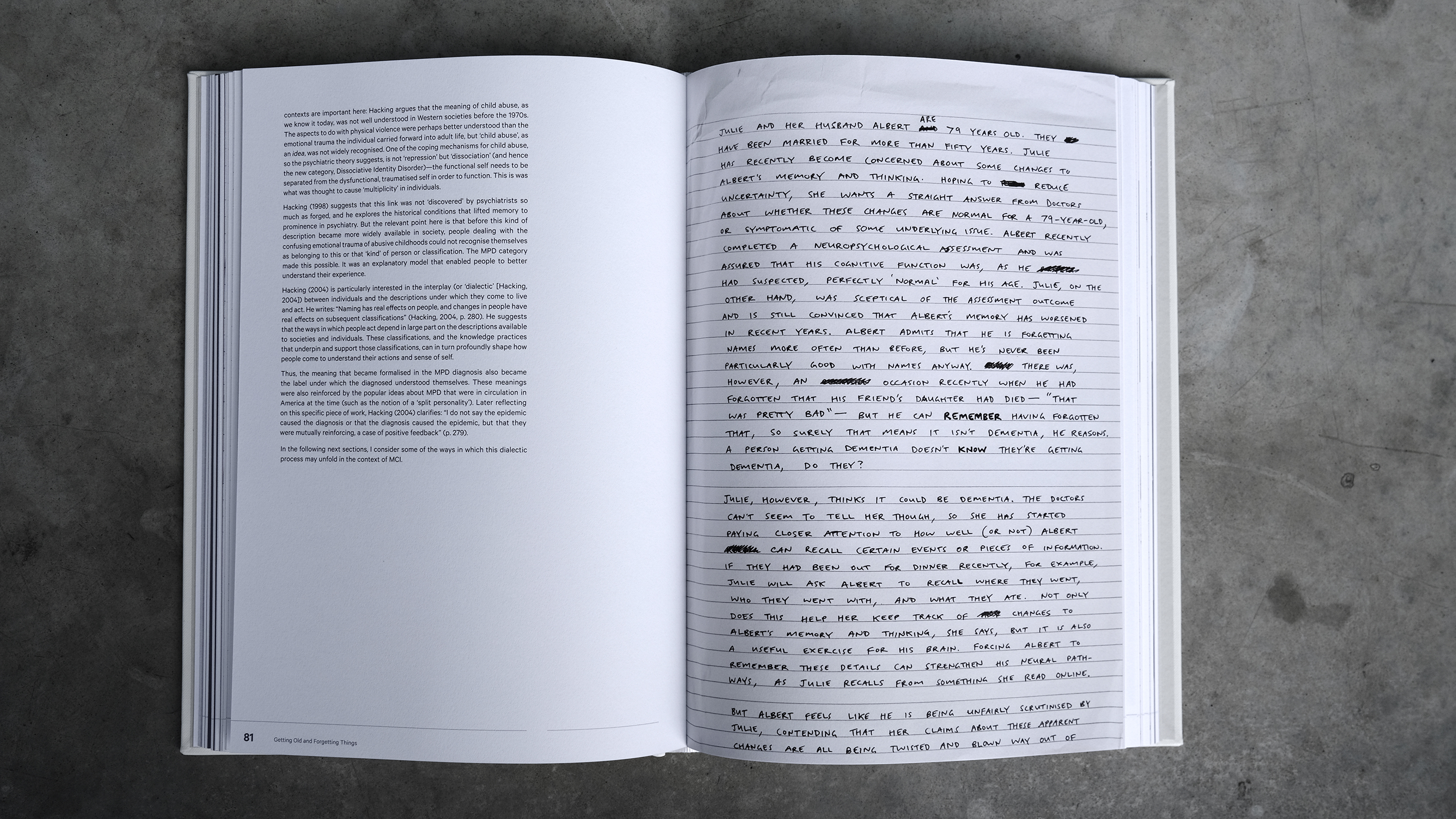 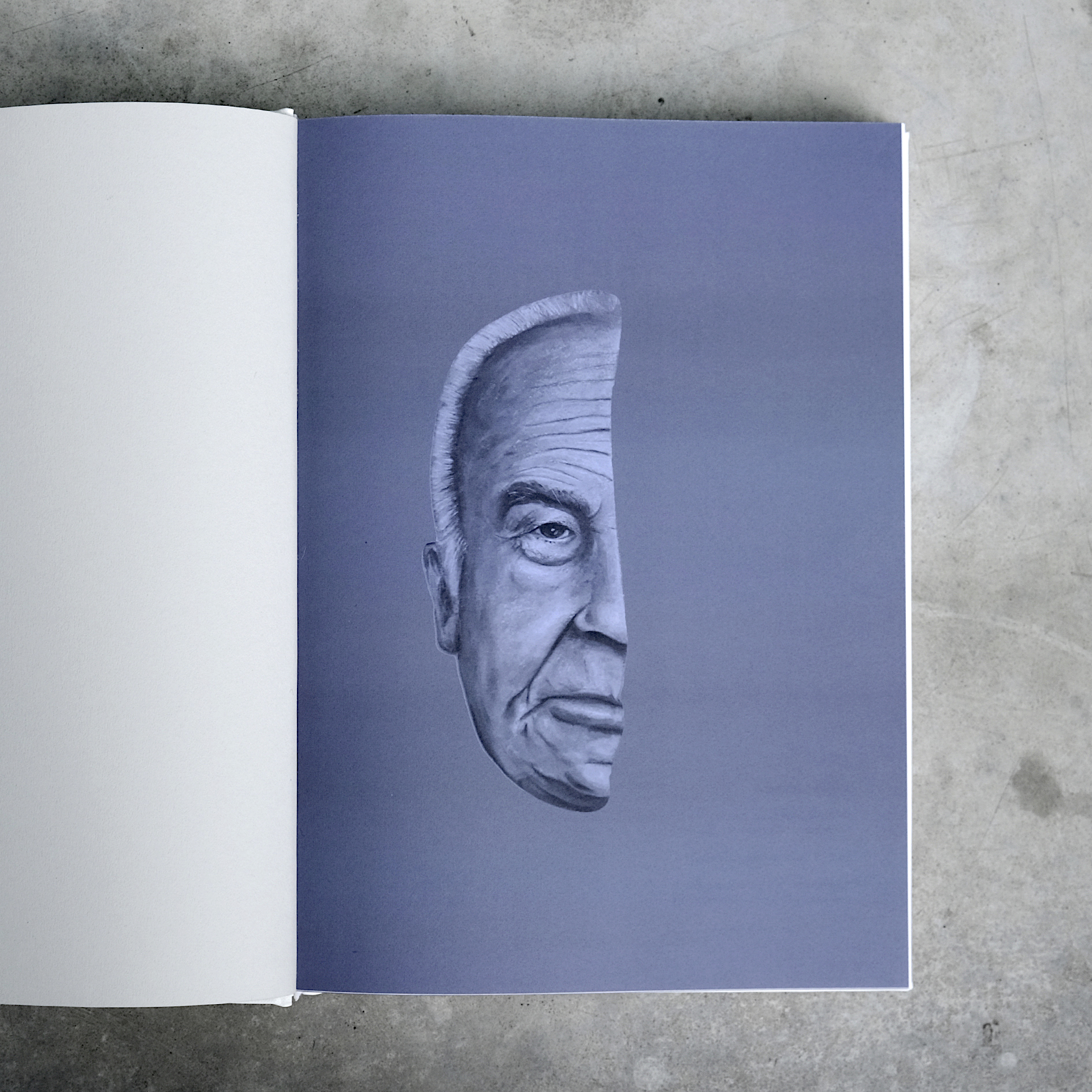 Guy’s research suggested that the term ‘MCI’ was not that useful for those diagnosed, and gave no clarity about people’s present or future situation. It often generated further fear and anxiety. It also showed that MCI was just one component of people’s everyday experience, among other concerns such as marginalisation, social isolation, and loneliness, compared to which ‘MCI’ was not very important.

In the context of the Living Well with MCI project, these insights helped shape the design process in important ways, from helping the team decide on the language they should use on the website, to defining the user group and understanding their needs. However, the contribution to the field of design for health more broadly lies in demonstrating the complex ways in which design gets entangled in Western medical discourses, concepts, and ways of thinking.

His thesis, ‘Getting Old and Forgetting Things: Design Anthropology and the Medicalisation of Ageing’, is the first to explore medicalisation as a potential issue within the emerging field of design for health. It highlights that designers, as form-givers, are in a unique position to contribute to debates about the use and validity of new medical concepts in society.