While interning at Good Health Design, Nicole was tasked to redesign a framework diagram and produce accompanying visual assets for one of our partners, BJ Wilson from AUT's Health Sciences for a publication called “’The wairua first brings you together’: Māori experiences of meaningful connection in neurorehabilitation." 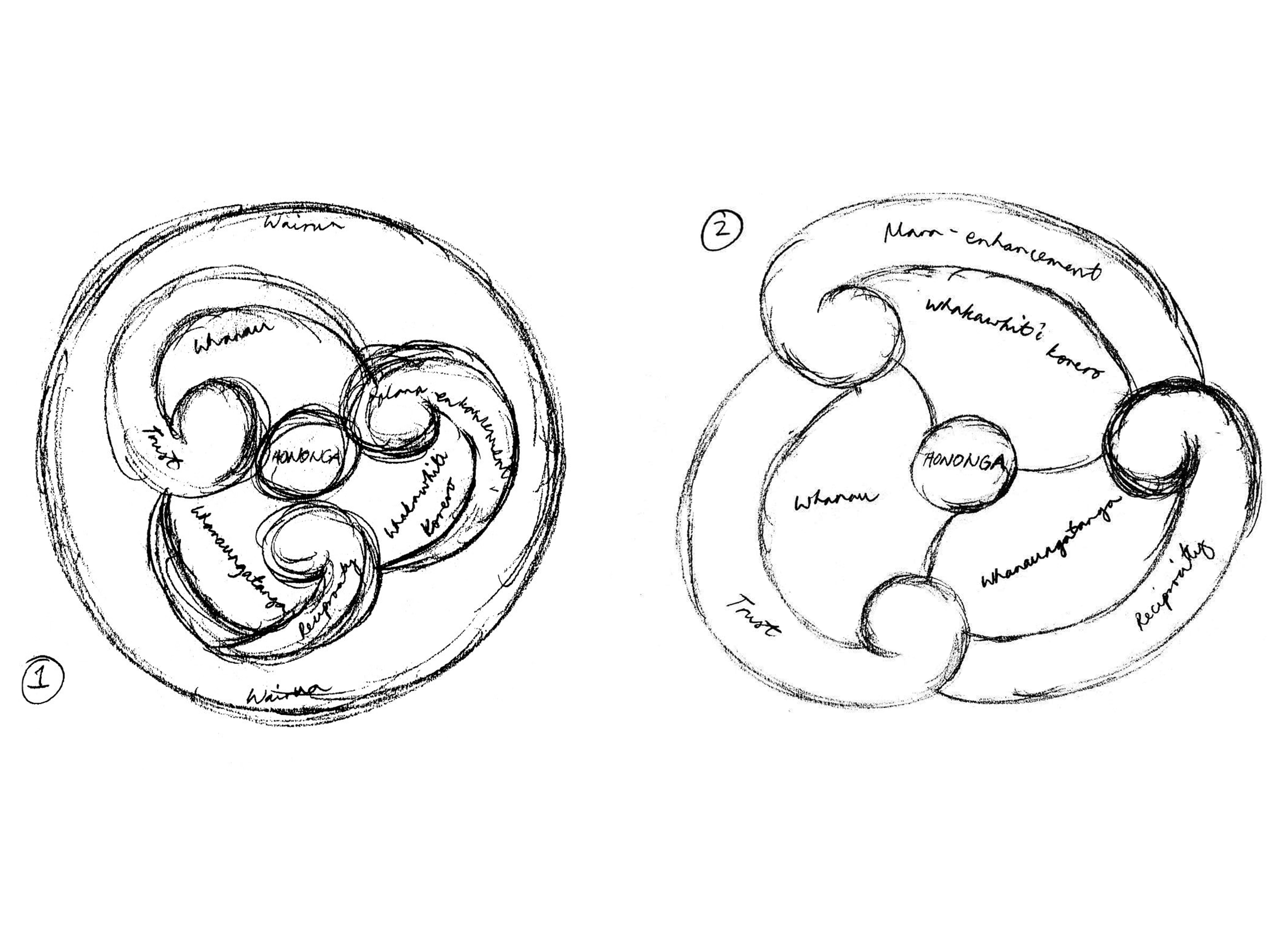 The brief involved the visual design of a framework diagram of the Māori perspective regarding the core values of what can contribute towards meaningful connections during rehabilitation. Initially, this project was set to be an infographic which would include the same key topics as what was originally conceptualized by the team behind the publication. The topics embrace the notion that there are multiple facets for whānau to connect and that connections can be made using these ideas, but it is not limited to it. Upon further discussion, the visual asset was resolved to be a framework diagram so that it portrays the fundamental idea of there being no definite instructions as well as encompass its atmospheric quality. Additionally, a supplementary poster template was created so that the team can expand on the diagram. 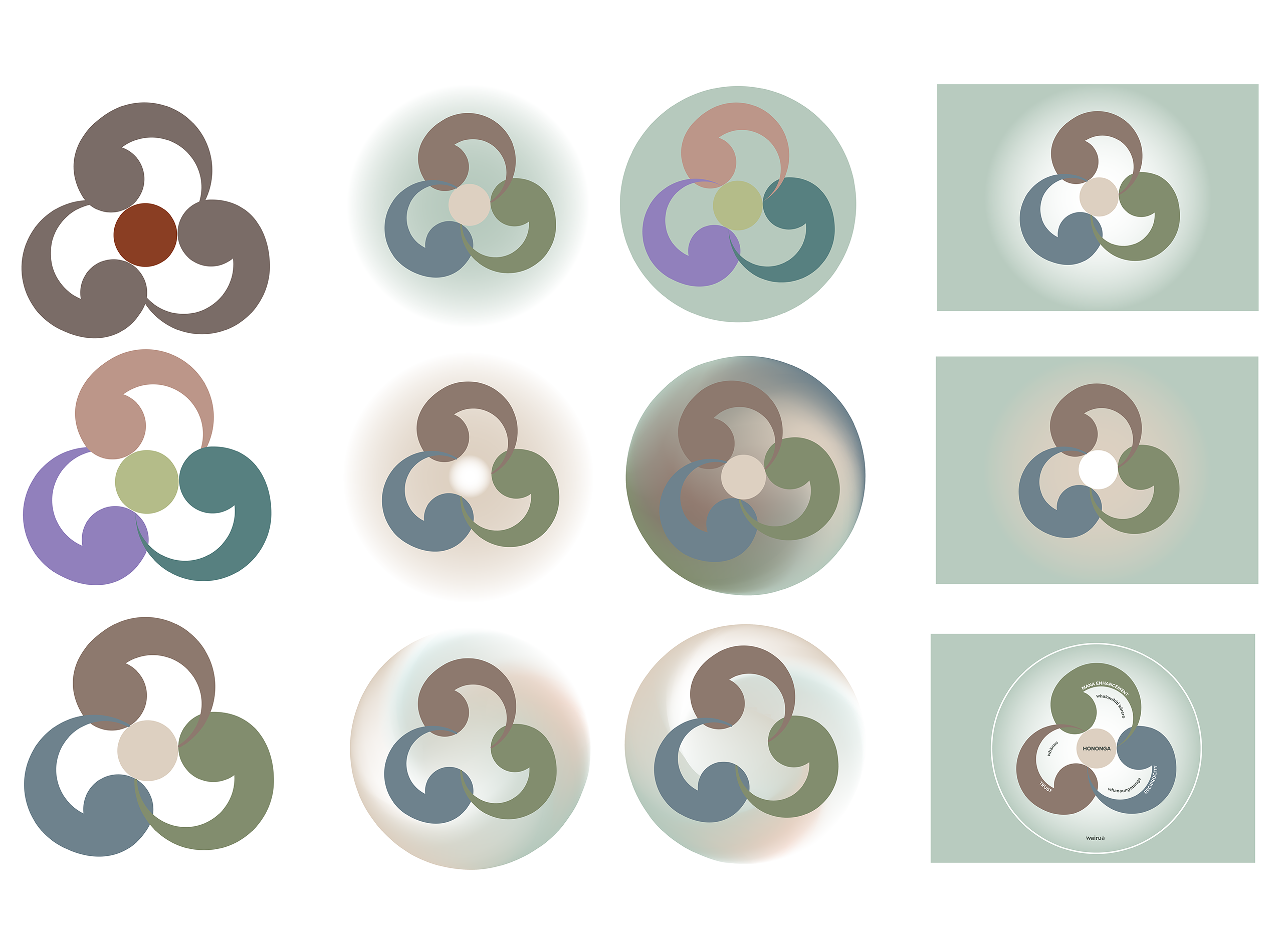 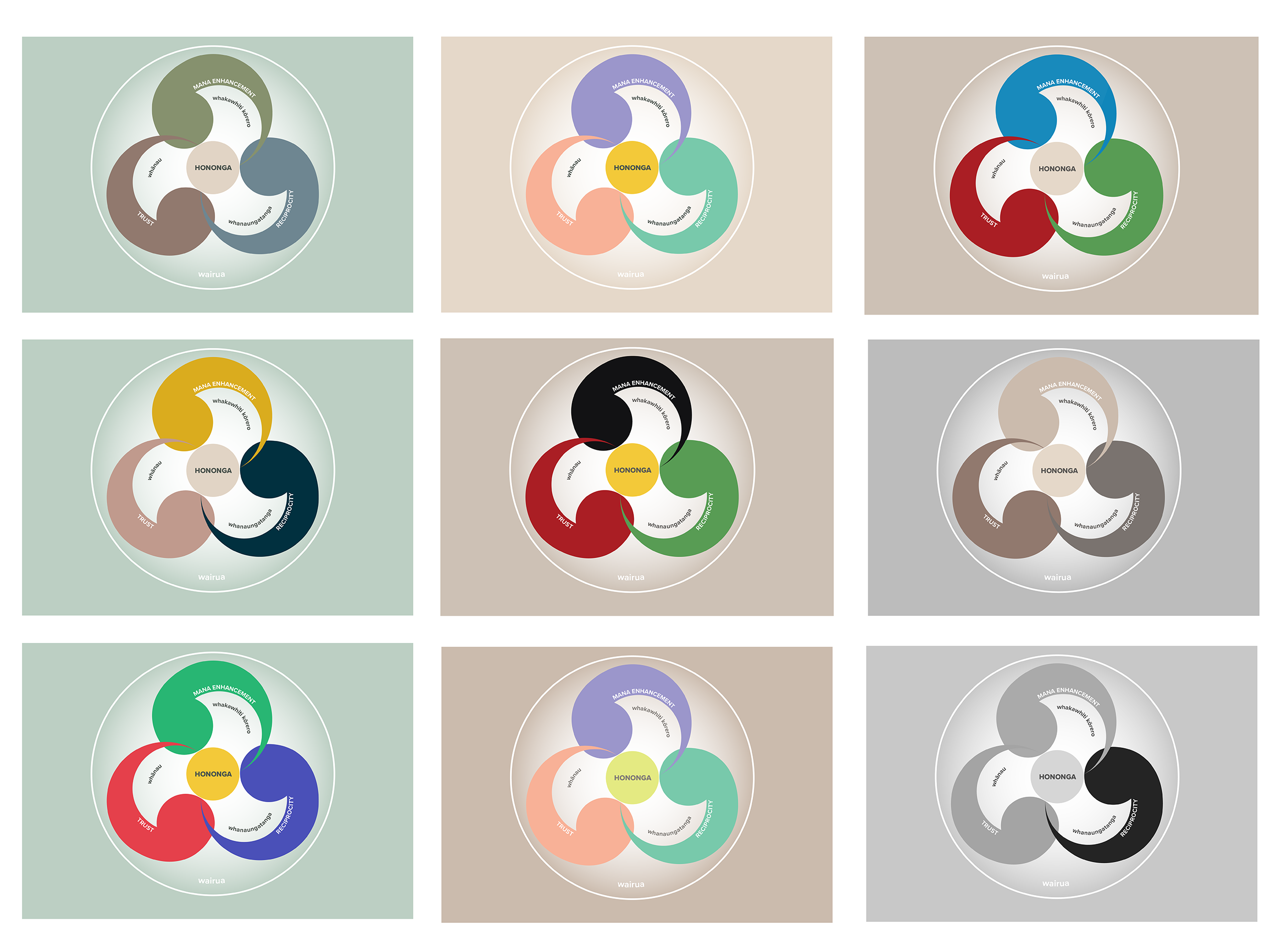 Nicole’s resolution to this was producing simple, yet visually stimulating imagery while integrating Māori symbolism so that it captures the core of the meaning it displays. With the usage of Māori symbolism and presence of Māori ideologies, Nicole consulted with the team at each step of the design process to ensure that the cultural representation is accurate and appropriate. All of the imagery uses the same base shape of a koru and was explored with in varying design uses. For the pattern work that encompasses the diagram, the koru was used as a repeating motif. The shape of the framework which in the original concept was arrows, now takes the form of koru encompassing the core maintaining a sense of direction and connection. Furthermore, icons were created for the different sections so that they are differentiated clearly and can be easily integrated into the poster template. 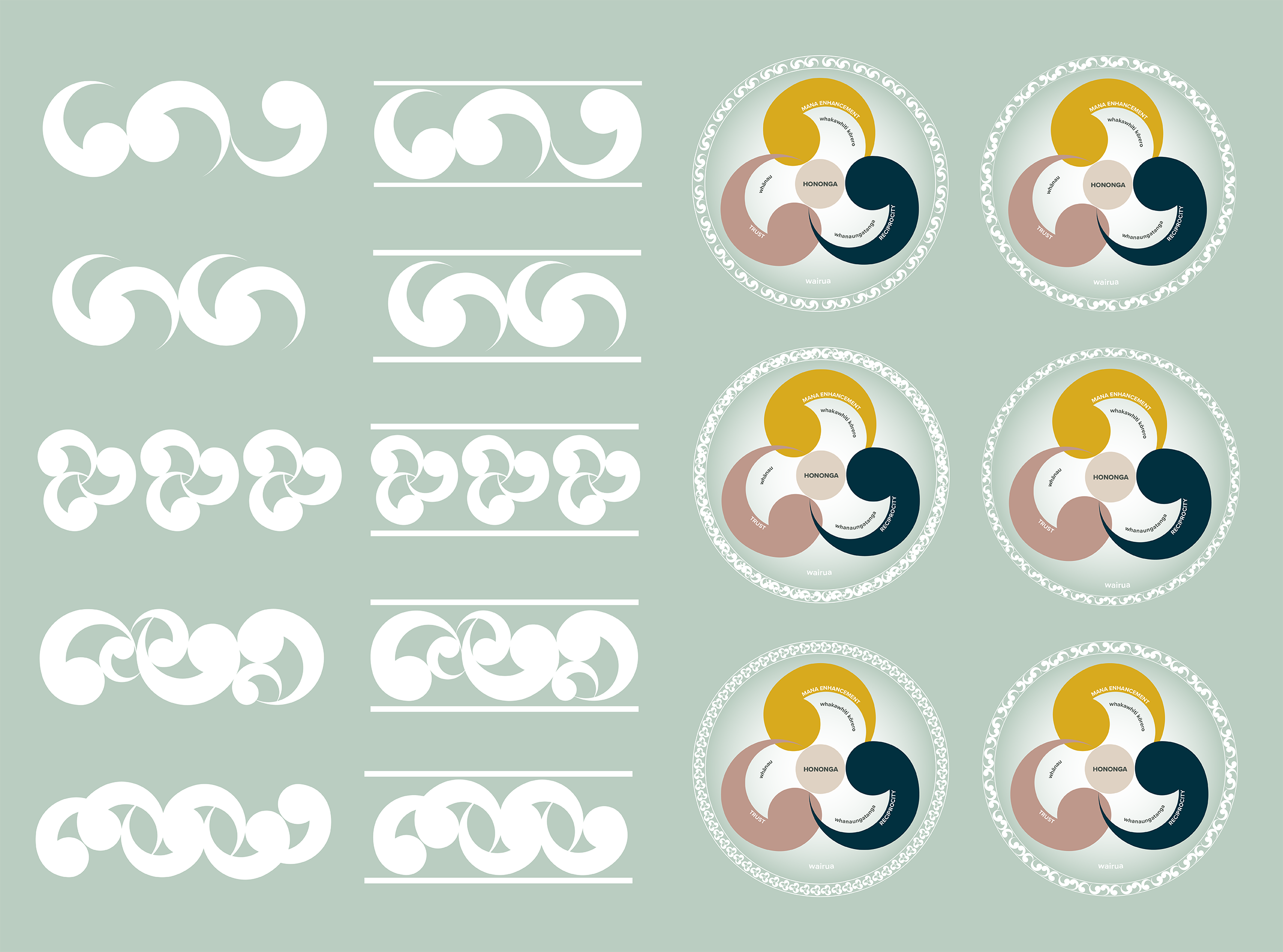 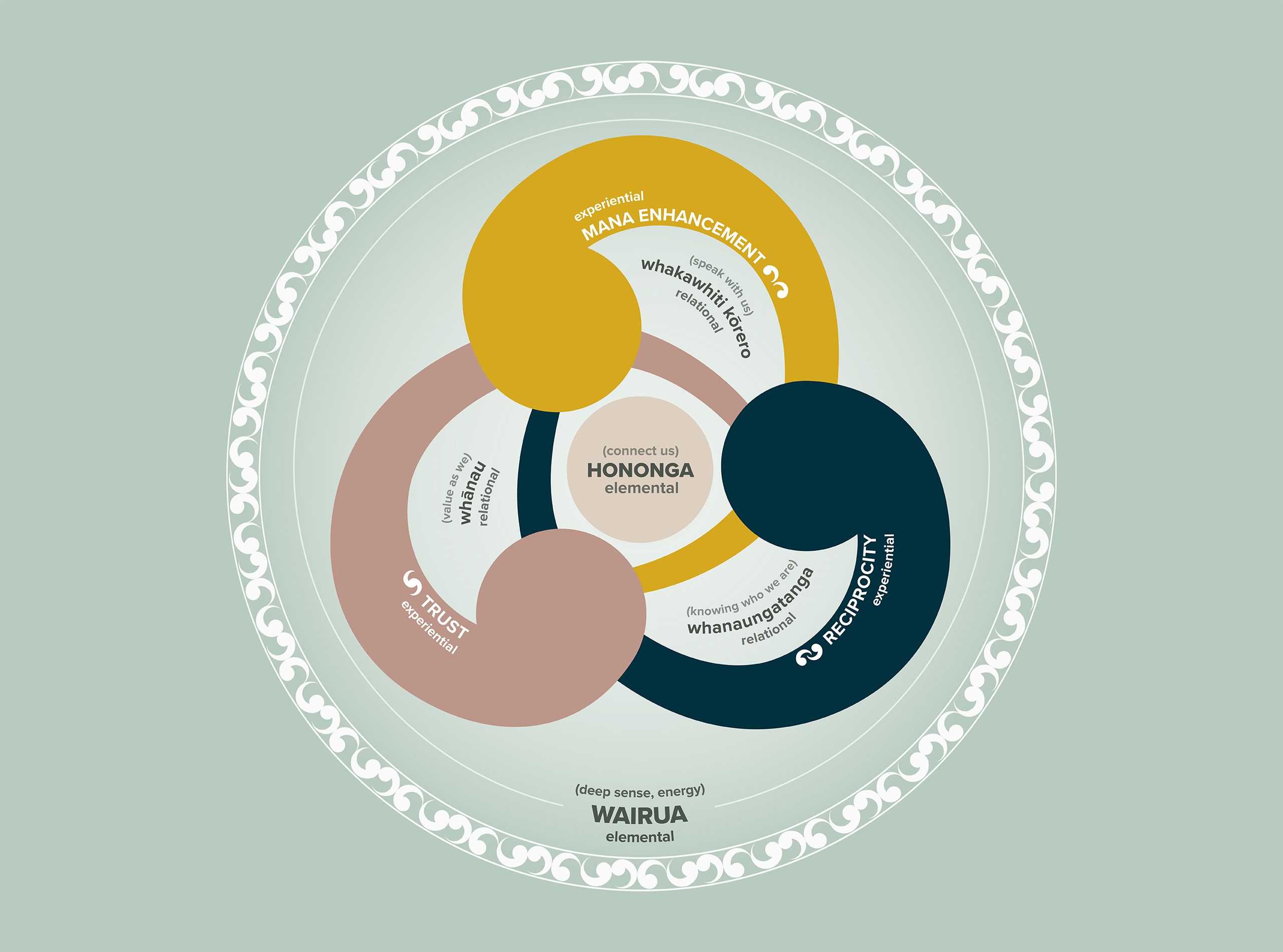 The colour scheme of the diagram utilizes a muted palette with the background colour being the same as what was in the original concept the team had shown to Nicole. The decision to keep the background a muted blue with complementary colours for the sections was decided with the team and is due to the colours being visually stimulating while having strong connotations of serenity, keeping in line with encompassing the wairua. A soft white gradient emanating from the centre was used to represent the core and along with the use of white in the type and other visual details, places emphasis on the atmospheric quality of the diagram. The typeface used is Proxima Nova as it is highly readable, adaptable for varying formats, supports macrons, and is available in the software the team uses so that they will be able to make edits on the poster template. 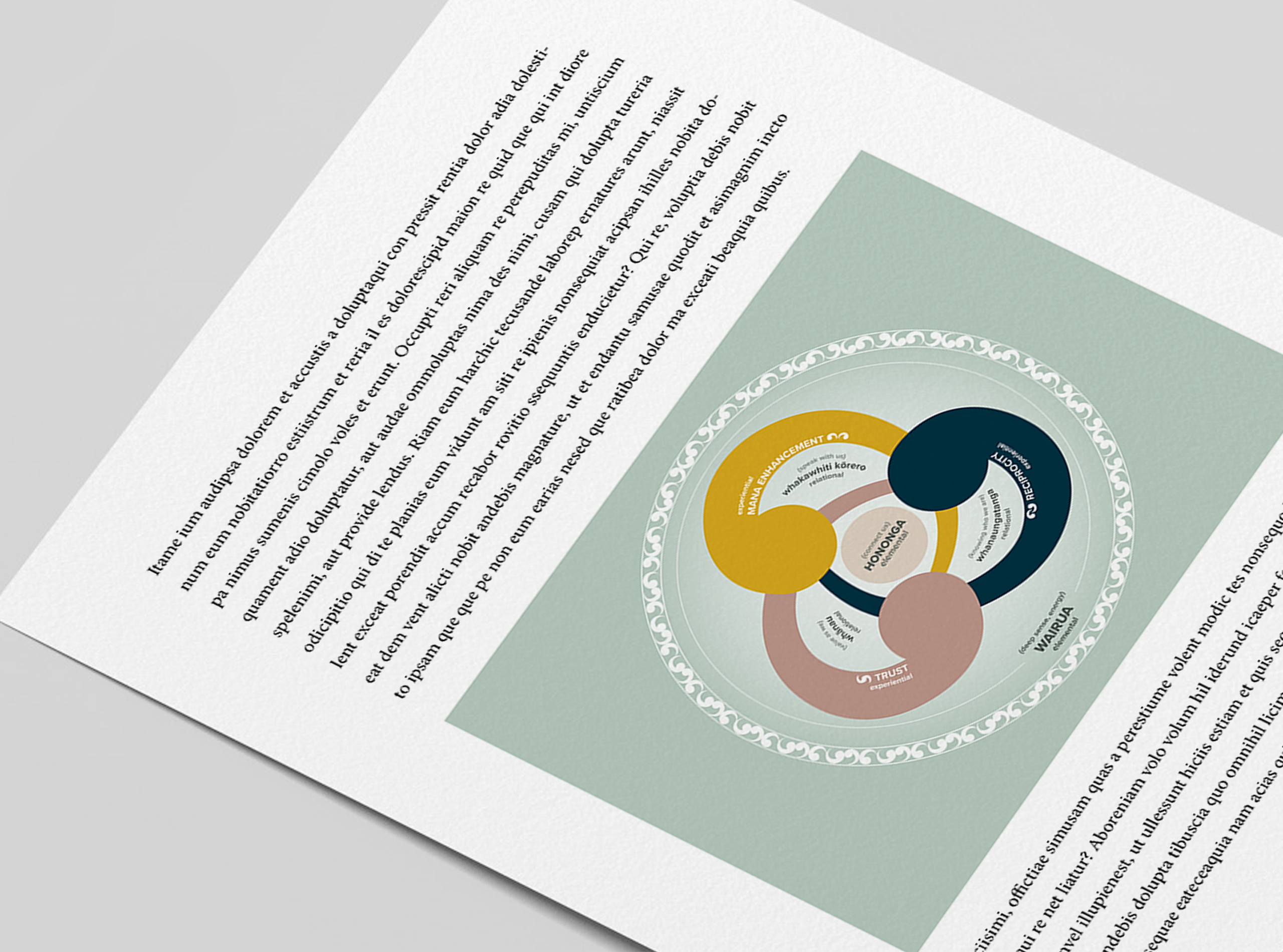 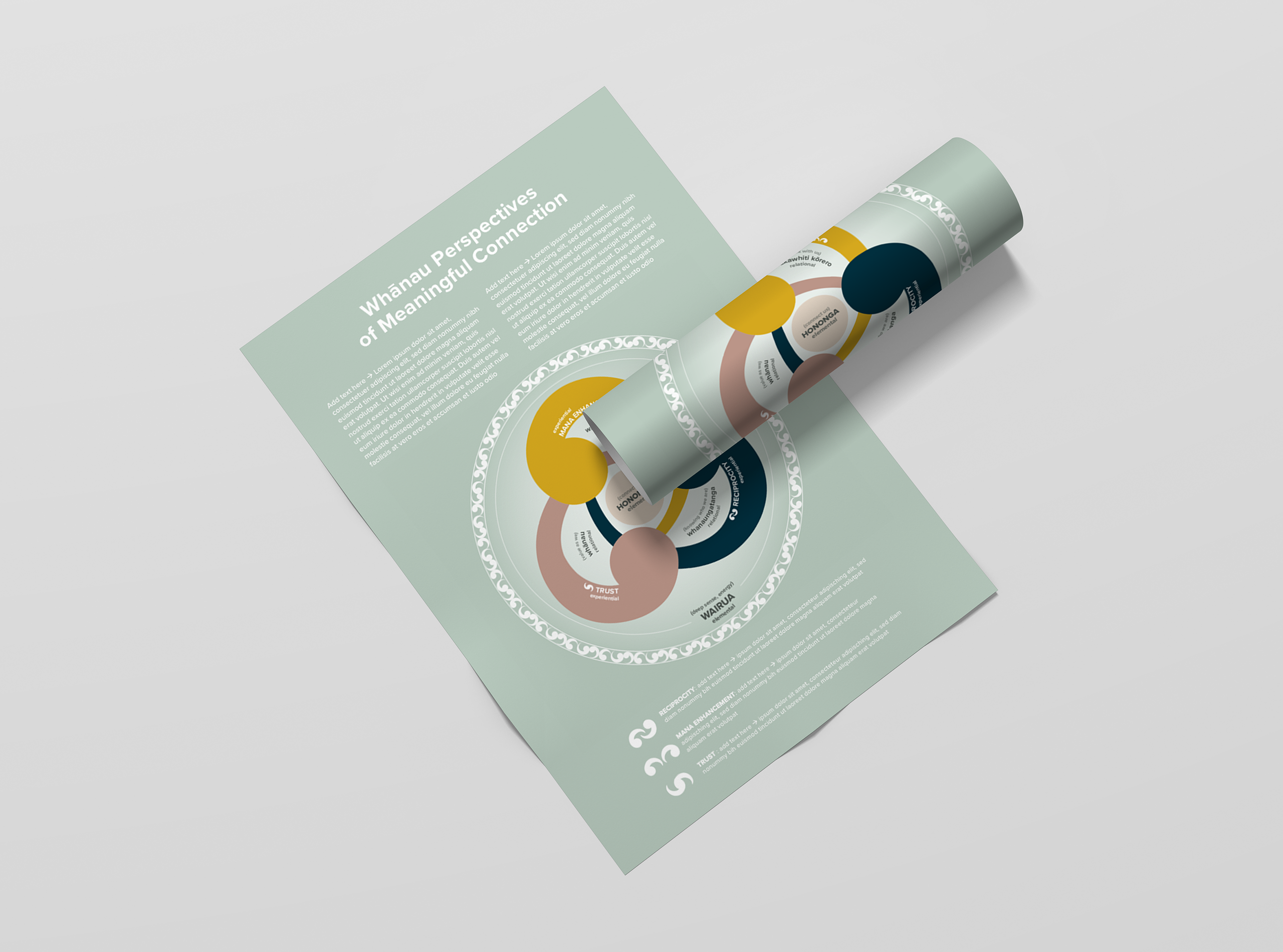 "In my time with Good Health Design, I was able to gain professional work experience and see the meaningful impact design has towards the healthcare sector. The project I was tasked with taught me about working independently and the responsibilities that comes with it. It also allowed me to develop my design skills and implement it in a way that I did not have much experience on. The GHD team were very open and welcoming with Cassie in particular being an awesome supervisor, offering guidance and support that helped me develop my design. Working in a warm environment with the people who created that atmosphere is an opportunity I am thankful for."